A Man and his Music

There can be no better introduction to Stompin’ Tom Connors and his iconic “stompin’ board” than that by Boyd MacDonald at the King George Hotel in Peterborough, Ontario, on July 1st, 1967…

“Ladies and gentlemen, it is my distinct pleasure to introduce to you a man who is not only more Canadian than the Maple Leaf, and more devastating to a piece of plywood than a hungry beaver, but he’s even stomped down more streets than a Peterborough postman. Ladies and gentlemen, make way for the one and only Stompin’ Tom Connors.”

With a smile as wide as the horizon, his guitar, and his signature “stompin’ board”, Tom Connors from Skinners Pond, PEI, travelled across Canada, writing and singing of the country he loved — its geography, diverse communities and people, legends, and historic events, performing wherever people gathered in small pubs and taverns, clubs and hotel bars, entertainment halls large and small, across Canada.

Stompin’ Tom Connors was born Charles Thomas Connors February 9, 1936, in Saint John, New Brunswick to his unwed nineteen-year-old mother, Isabel Connors. His early years were spent living with his impoverished mother, constantly moving between small apartments, more than once just one step ahead of the landlord, even the police at times. Often living in squalid conditions, mostly with a “hand-to-mouth” existence, young Tom and Isabel managed life one day at a time, one meal at a time. Even as a three-year-old, Tom was out on the road with his mother, hitch-hiking from place to place. It was a glimpse of what was to come later in life.

As Tom grew older, his life did not improve. Poverty became a way of life, with no apparent way out to a better one. When Tom was eight, his mother no longer able to care for him, he was placed in the care of the New Brunswick Children’s Aid Society, After a year in an orphanage Tom was placed in what equated to a “guardianship” situation with the Aylward family of Skinner’s Pond, Prince Edward Island.

Although Tom got along with Russell Aylward, it was not a loving home. Tom almost immediately got into serious conflict with Cora, Russell’s wife, who Tom felt had brought him to Skinners Pond only to work on the farm. Even though he was wild and rambunctious at times, most likely a result of his previous upbringing, Tom felt that she treated him very badly and that she was mean to him, often without real cause. Regardless, Tom remained at the Aylward home for the next four years, working on the farm, periodically running away until he left for good, beginning his hitchhiking career at the age of fourteen.

With his guitar and songs he had written, Tom traveled to almost every corner of Canada throughout the next 13 years During his travels along the road he met many different sorts of people, frequently sheltered in jail cells for the night, or at the Salvation Army. More than once he simply slept in an alley if nothing else was available.

Tom could rarely be found without his guitar. Even when he was working he would write and sing songs about the people he met and the places he visited. During the mid-1960s, Tom found himself at the Maple Leaf Hotel in Timmins, Ontario, short of money for a beer. The bartender agreed to give Tom a beer if he would play a few songs. Those few songs turned into a 13-month contract to play at the hotel.

In 1969 Tom’s recording career started to move ahead when he signed with Dominion Records. Over the next two years, he released six original albums, a compilation album, and a five-album set of traditional music. He eventually left Dominion Records to help form Boot Records — a company that would see Tom record ten more original albums and numerous recordings by many other Canadian artists. 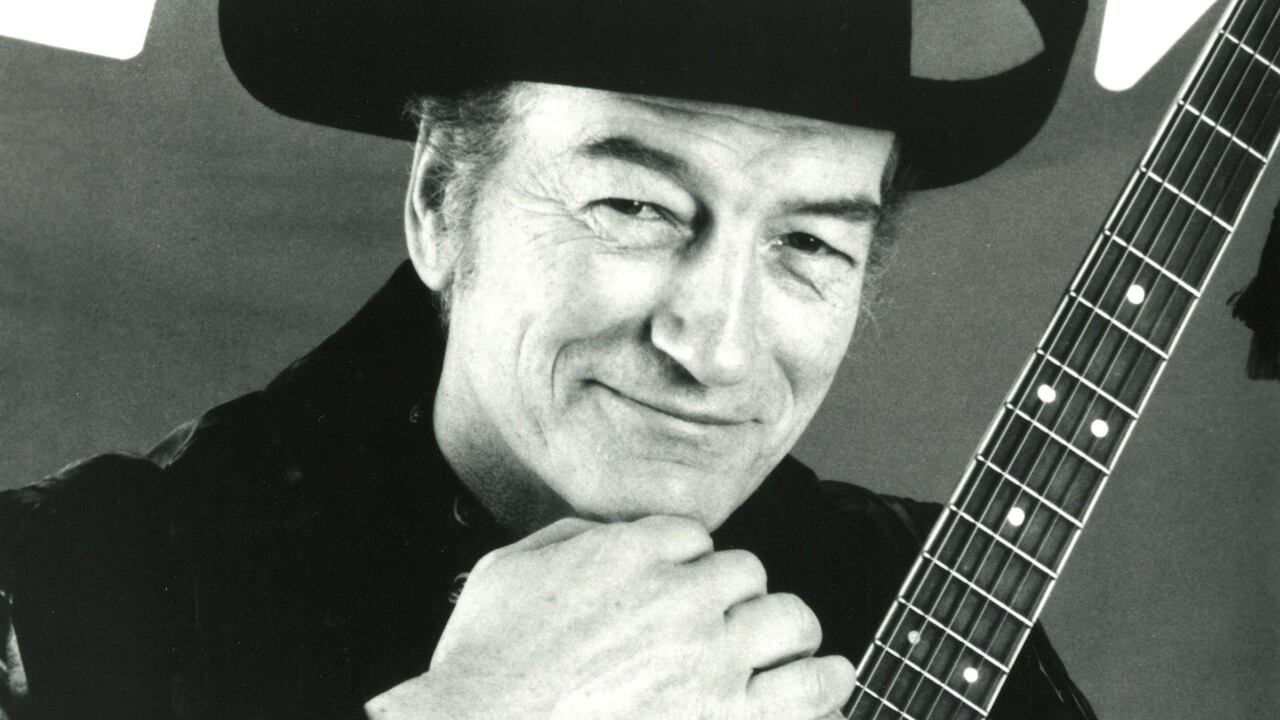 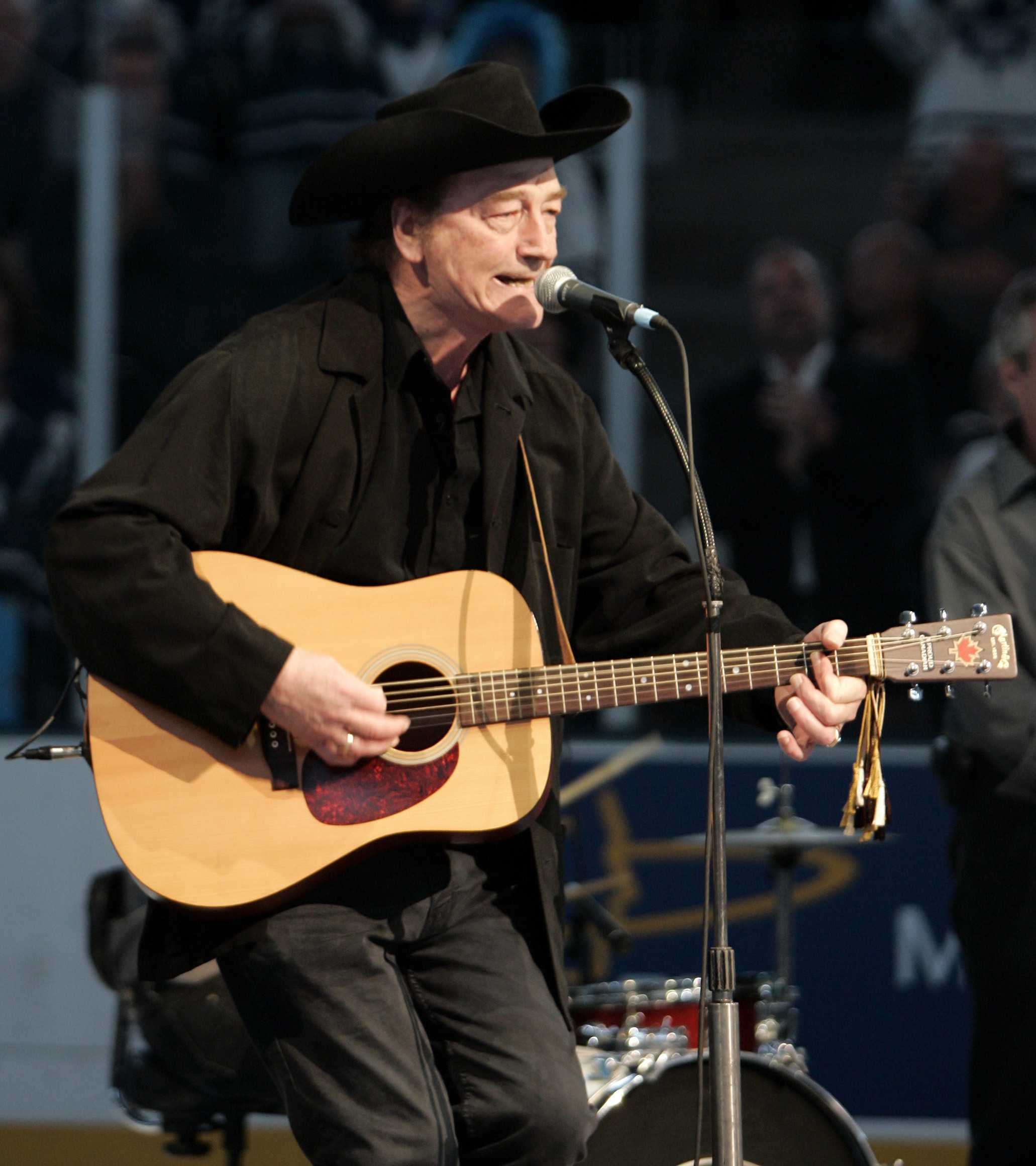 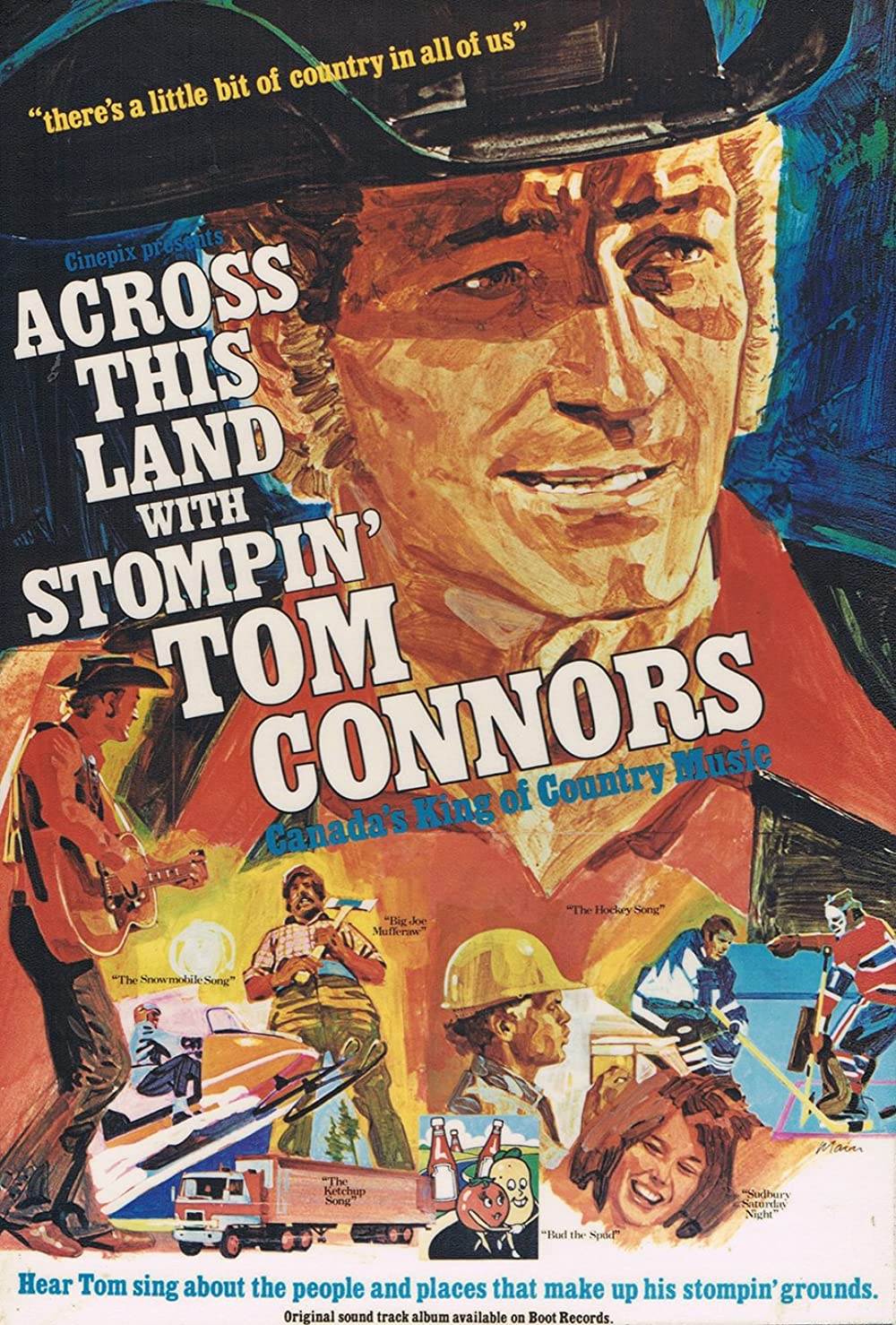 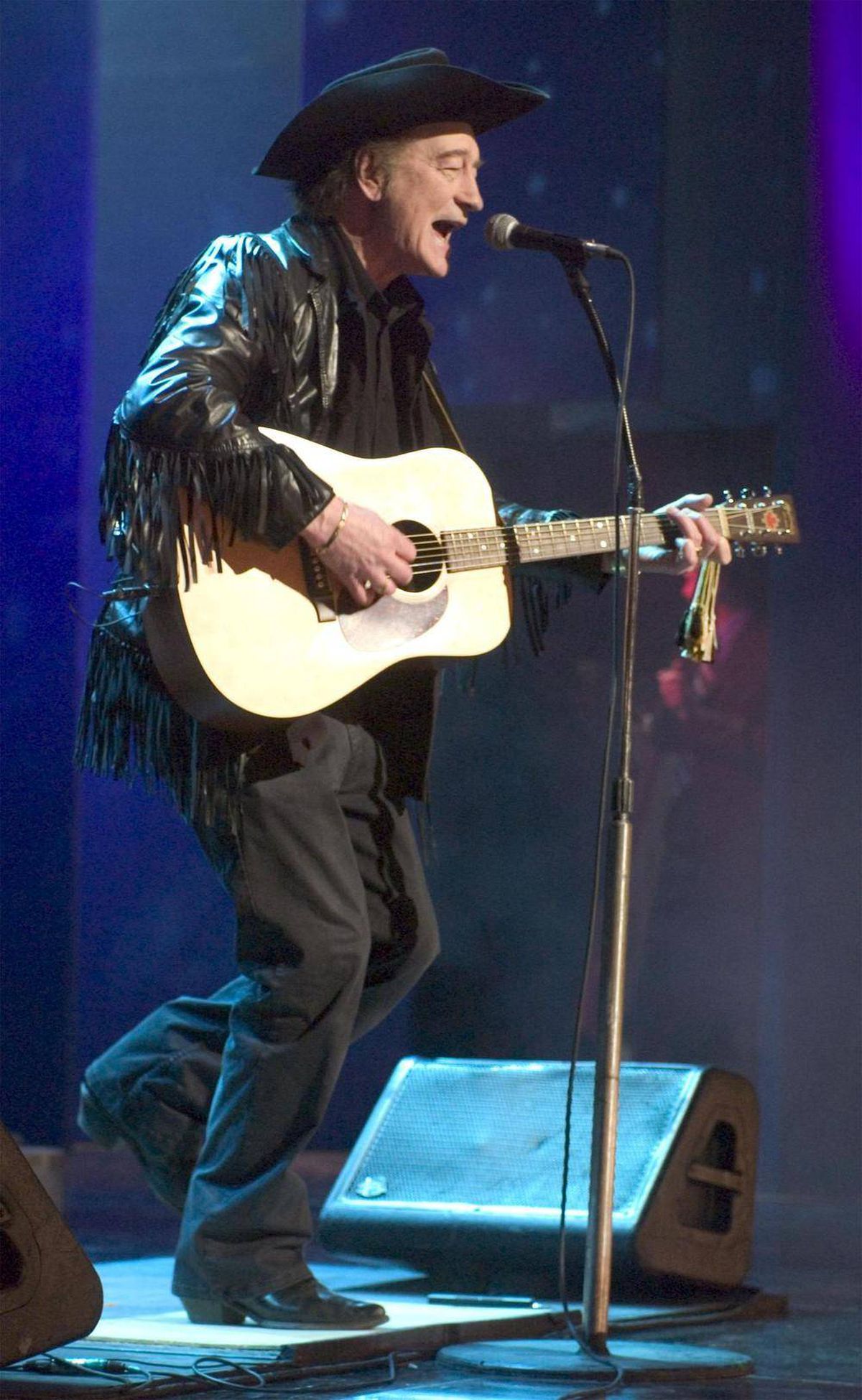 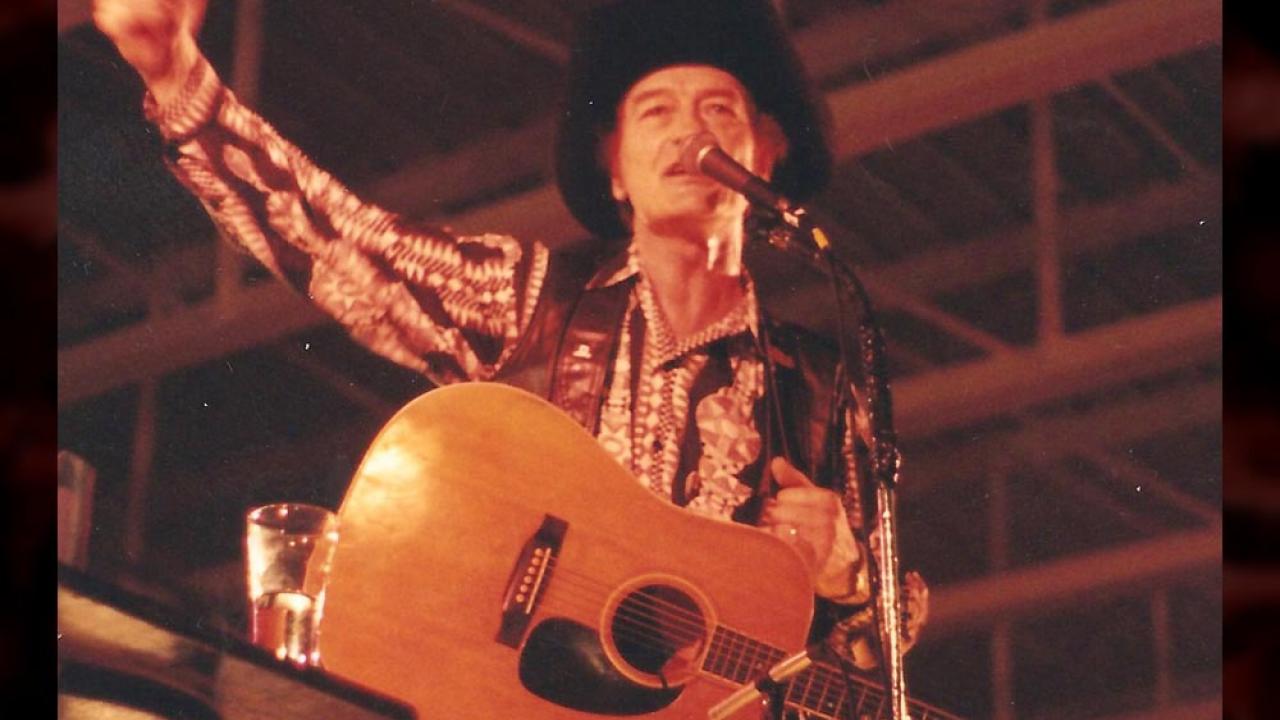 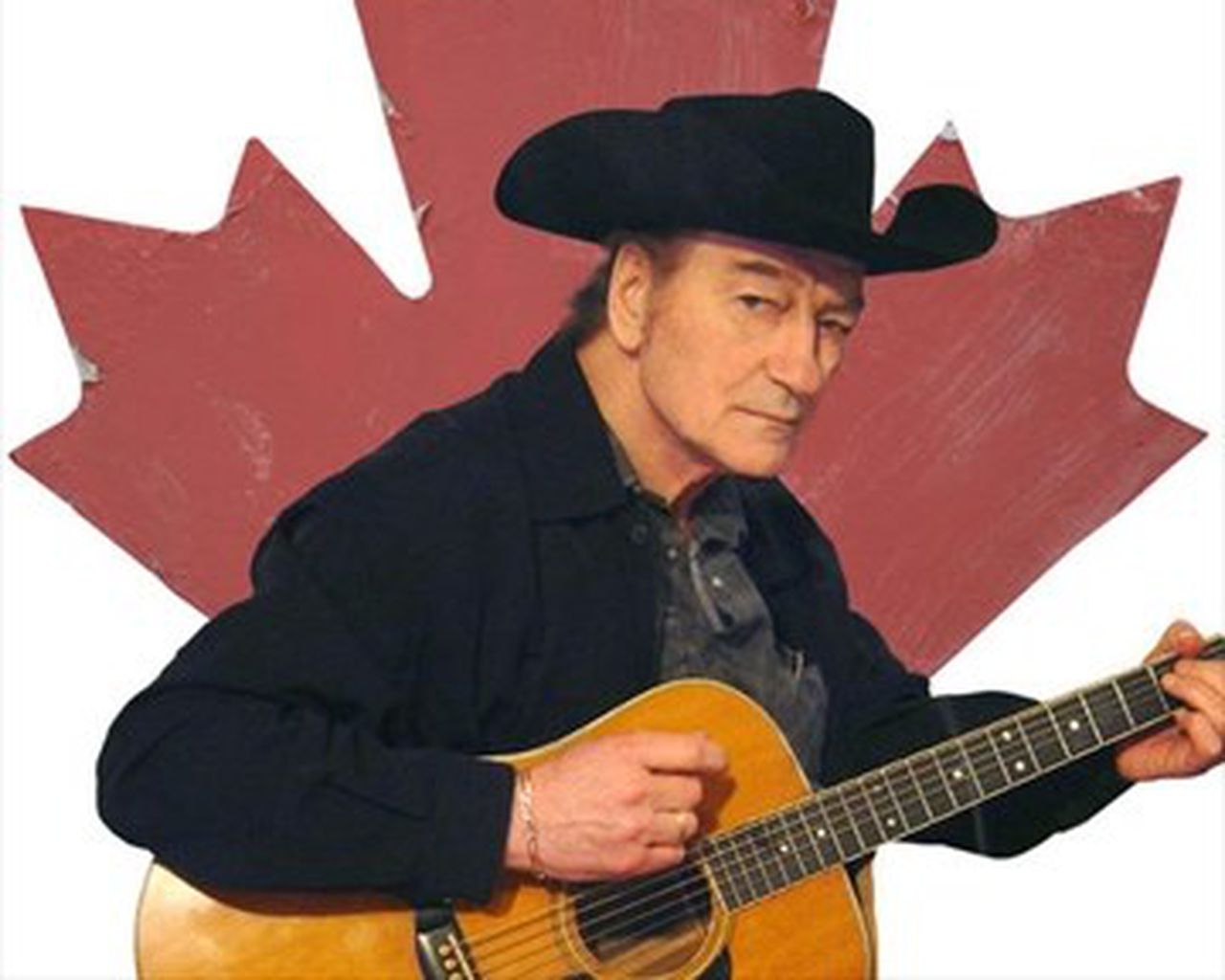 After winning an unprecedented six consecutive Juno Awards from the Canadian Academy of Recording Arts and Sciences as Male Country Singer of the year, Stompin’ Tom defiantly returned all six awards in 1978 as a protest against similar awards being given to Canadian artists who no longer lived and rarely performed in Canada. Soon afterwards he initiated a personal year-long boycott on live performances to further draw attention to Canada’s treatment of Canadian artists.

This self-imposed exile would last for ten years.

In 1986 Tom formed A-C-T Records to record and promote Canadian music, and in 1988 began touring and releasing records again. His signing with EMI Canada eventually allowed for the complete re-release of his entire catalogue of music, encompassing more than 300 separate songs and more than 20 recorded albums. He sold more than 3 million records over his career.
With his signature black Stetson and cowboy boots, Stompin’ Tom entertained hundreds of thousands of fans in communities all across the land he loved. If a town had a theater, bar, tavern or hotel, school auditorium, Legion hall, or a hockey arena, Tom would have played there at least once in his life. It is estimated that he performed 150-200 shows a year; the following year would be the same, only in 150-200 different towns. It is difficult to say if any other entertainer ever covered the country like Stompin’ Tom Connors.

An unabashed Canadian nationalist and supporter of Canadian song-writers, musicians and recording artists, Stompin’ Tom Connors died March 6th, 2013, of natural causes. His achievements remain a testament to not only the man and his music, but to his ability to face challenges, to use his natural raw talent to overcome adversity and persevere — all that Stompin’ Tom himself would attribute to his attitude of “to-it-and-at-itiveness”.